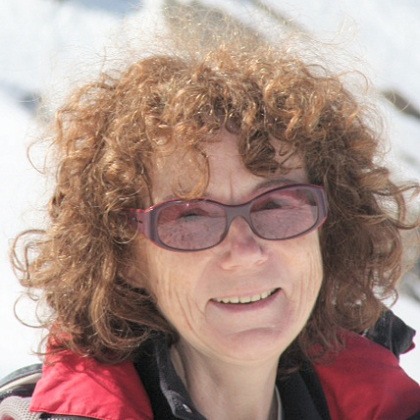 The award-winning Scottish journalist Irene Quaile-Kersken deals with climate change in the polar regions and its impact on the rest of the world. In 2007 she visited the German-French Arctic Research Station on Spitsbergen as part of an international radio project. Fascinated by the white north, she did not let go of the issue of the Arctic and the threats to the fragile ecosystem. During a reportage trip in Alaska in 2008, her Ice Blog was created, initially on the website of Deutsche Welle, today as an independent project under www.iceblog.org. Further journeys led the passionate nature lover back to the Arctic, also to Iceland, Greenland and on research ships through the Arctic Ocean.